Tbilisi FIR is part of Caucasus ACC in VATSIM Network.

In the Georgian and Armenian airspace, by agreement of both countries, the use of Free-Route technology is possible in the upper airspace when planning a route. The picture below shows the waypoints on the border of the Georgian airspace. Points on the border with the Armenian airspace (marked as (I)) must be in the flight plan if the flight passes through both airspaces using Free-Route technology. 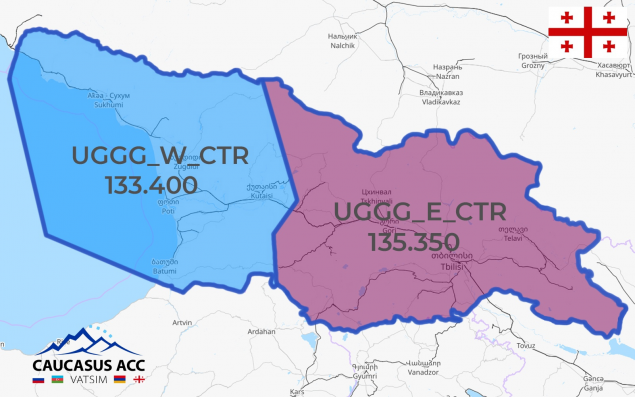